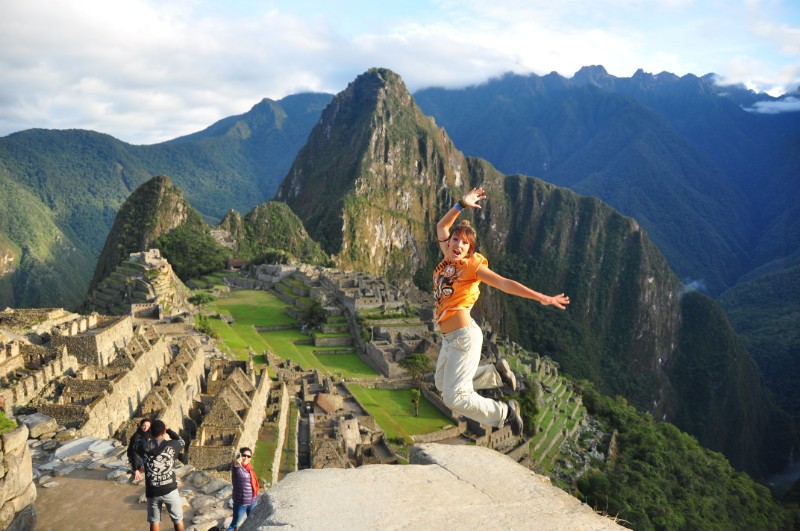 We all want to live a fulfilling life full of adventure and experiences, and one of the greatest regrets for older people is not having travelled enough. So, we’ve compiled some of the five most inspiring holiday destinations for you to add to your bucket list.

Although the first stop on our bucket list might be one of the most famous destinations on the South American continent, with visitors in 2012 reaching 1 million in number. The trek to the ancient Peruvian archaeological site, however, is not for the faint hearted and so makes our list for the challenge alone.

Often, the Trek will start in the city of Cuzko where you can also book guided adventures into the wild of the local jungle, or sample the local BBQ and the South American classic dish Ceviche.

Over the last century Eastern philosophy and religion has had a huge impact on the hearts and minds of many in the west. As a result, many have made the pilgrimage to one of the most awe-inspiring destinations, and one time centre of Cambodian Buddhism, Angkor Wat.

Even if you are not spiritually inclined a visit to this vast temple complex is worth it for the scale of the architecture alone.

Originally a temple to the Hindu God Vishnu, the complex, thought to be designed as a scaled down map of the universe lies in the middle of the vast Angkor Archaeological Park, which contains a plethora of other temples to visit, each a wonder of the world in themselves.

Granted this is not the most original destination to visit. But the sheer number of ways to experience one of the most iconic landscapes on earth, coupled with the must-see spectacle of Las Vegas just a short drive away make a visit to Nevada a no brainer for any bucket list ticking traveller.

There are so many destinations where the intrepid adventurer can catch a glimpse of probably the most mysterious and majestic of earths creatures.

Popular destinations include Iceland and the Canadian Arctic, but you can easily escape the frozen North and still find Wales in the Western Cape of South Africa, the Caribbean, or the Maldives.

There are plenty of guided tours to increase your chances of seeing the majestic beasts, or you could avoid the tourists and trust your own tracking skills with for a truly luxury travel experience with a private yacht.

Tragically, like so many destinations and areas of natural beauty around the world, the Great Barrier Reef is in terminal decline, with half having died off in the last two years alone.

Although some have blamed tourism for this decline, in fact the money raised by tourism is aiding the Australian government in its conservation efforts, making a visit to this natural wonder not only a good thing for this vast ecosystem. And, if you’re still worried about the carbon footprint of flying halfway around the world, you can always make it the goal of a round the world yachting expedition!